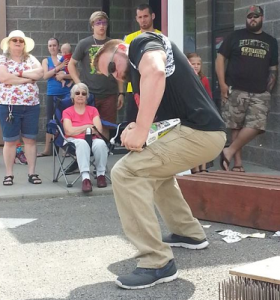 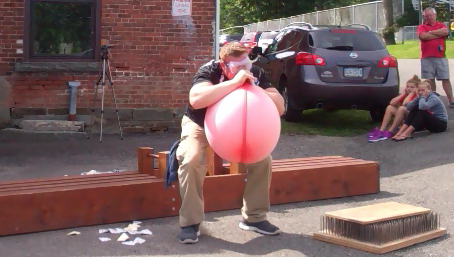 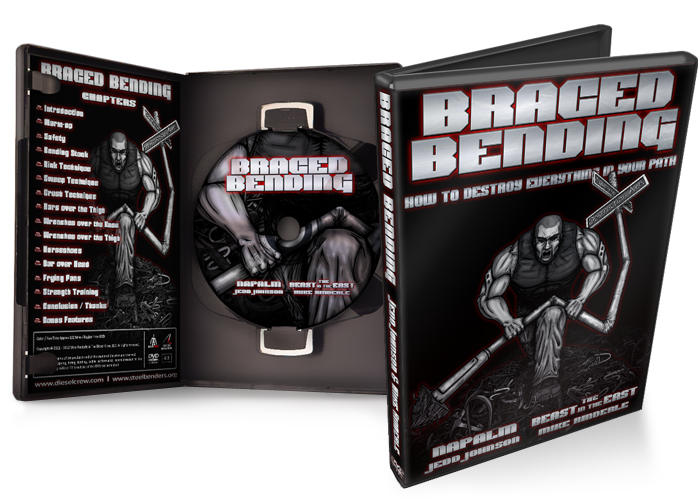 Feats of Strength at the Empire Classic 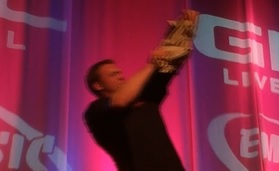 Hope you had an awesome Mother’s Day Weekend.

I have not had a chance to visit my Mom yet. I was only able to give her a call, as I was out of town from Thursday on and just got back late last night.

I was away to Spokane, Washington at the Empire Classic, a big expo consisting of bodybuilding, physique, strongman, and powerlifting competitions.

I had the opportunity to perform Feats of Strength in front of 1200 people and it is something I will never forget.

You will see I struggle quite a bit with the phone book. I warmed up with the same dumbbells and plates that the bodybuilders were using and my hands got super greasy and were slipping on the pan and book.

Also, I have been fighting with a sinus infection for weeks and weeks and was struggling with the hot water bottle. The first night, I totally failed because my beard was not letting me get a good seal on my face. The second night, I just couldn’t breathe very well through my nose at all, making the feat 10 times harder.

I really wish I would have gotten the Friday show on tape, because I wasn’t as rushed and really did a better job speaking. Recognized the promoter, the competitors, talked about Grip Strength’s importance, the sport of Grip, explained the feats, and even recognized the Veterans in the crowd, which is something I always try to build into my shows.

Either way, I had a ton of fun and learned a lot over the course of the entire weekend about promoting contests. Ivan and Erin Ribic operate a whole other level compared to what we do in Grip Sport. I was blown away at the level of organization.

Public Service Announcement: If you try a hot water bottle, use safety glasses. I forgot my glasses both nights and could have really gotten hurt badly.

While I was there, I also ran a Grip Challenge booth.

As always, one of the biggest attractions was the Grippers I had spread all over the table.

One dude, a strongman competitor, was trying as hard as he could to close a #1 gripper, but just couldn’t get it.

Just as I figured his technique was off.

He had it positioned wrong in his hand from the start.

Bad positioning throws off the way the fingers pull on the front handle, making a gripper 25 to 50 pounds harder to close.

So, I ran him through 3 or 4 simple technique modifications and within minutes he had not only smashed the #1 gripper shut, but had also managed to close the #2.5.

While this kind of a jump is rare, I see guys going from missing the #1 to closing the #2 just through technique improvements ALL THE TIME.

That is why I urge you to pick up CRUSH: Total Gripper Domination.

They are blown away by how much easier it is to close grippers once they understand the right technique.

No other source out there comes close to my Gripper Video.

I show you the stuff you MUST know in order to get good at Grippers.

Pick it up here today: http://thegripauthority.com/gripper-dvd/crush-dvd2.htm

All the best with your gripper training,

Is Your Gripper Technique Holding You Back?
Click the Banner Below to Finally Find Out