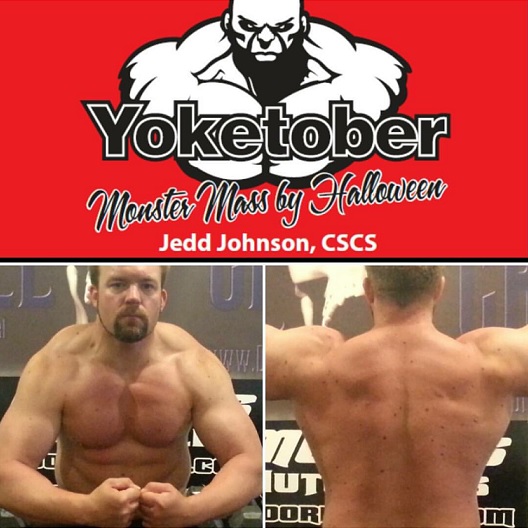 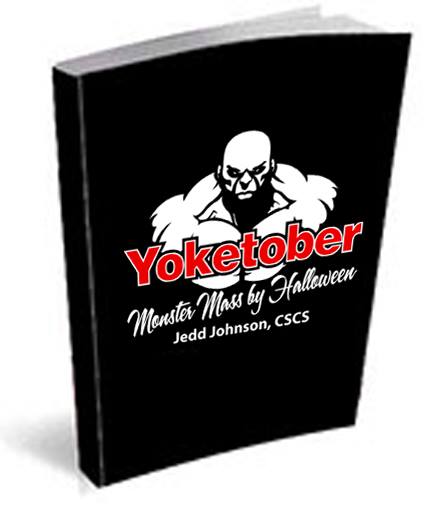 I want to show you a sample of the Yoketober program. Here’s a circuit from Workout #3.

Workout #3 was a Chest day, so you’re going to see some Chest work, with some Yoke work sprinkled in.

Here’s a video from yesterday’s workout. Sorry that the audio is gone. There was an Ozzy Osborne song playing in the background, which YouTube didn’t like, so they zapped all the audio out of it.

If you want to blow up your Yoke this month, then there’s no better way to do it than Yoketober.

You can pick up your copy by clicking the banner below or this link: Yoketober 2016 Program 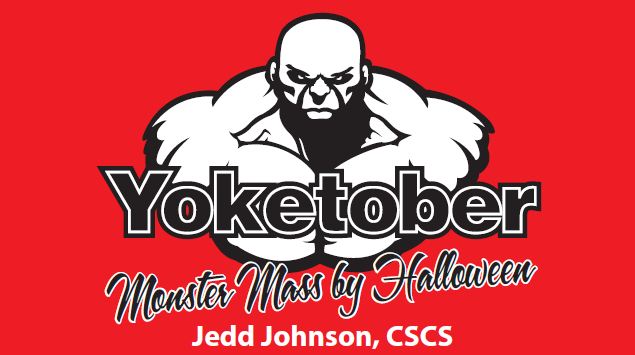