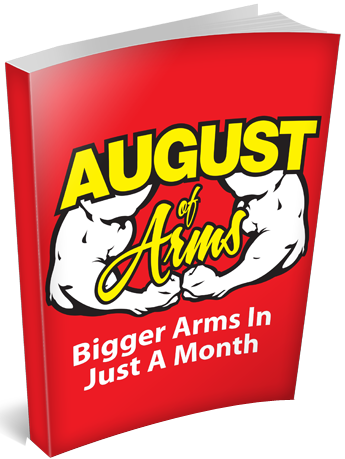 I was recently talking with my old friend, Brad Martin of Titan Strength in Horseheads, NY.

As it turns out, he is just as OBSESSED with Arm Training as I am, and we cam eup with a pretty crazy idea.

Inspired by a friend of mine, Dave Depew, owner of Grinder Gym in San Diego, CA, we are going to embark upon a new training program for the month of August.

Starting August 1st, and going through the entire month, every single day we will be hitting some form of Arm Training.

I want to do this to set a foundation for my Arm Training Initiative of reaching 20″ Guns while cold.

What I mean by that is I want to reach the point that my arms are 20inches, just walking around.

Not during the workout, not with a pump, and not after training, but ANYTIME during the day.

Brad and I were talking about it on Facebook and we already have one guy interested in joining us, Nate Gagnon, an Arm Wrestler from New England.

Guidelines for August of Arms

So, do you want to be a part of this “August of Arms” initiative?

If so, leave a comment below or get a hold of me in some other fashion.

I hope to hear from you soon. 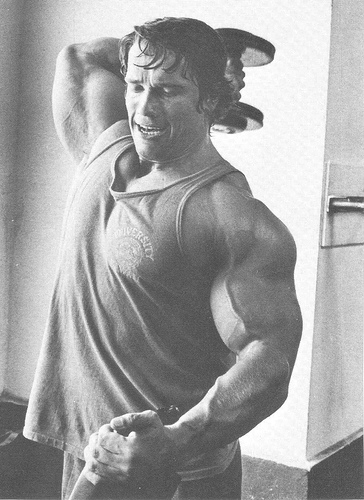 During last nights workout the energy was lagging.

It was a great workout and everyone was pretty run down.

So I decided to challenge my workout partner on one of our last sets.  We were finishing up with triceps after an upper body workout and we decided to hit a giant set.  But, little did I know.  When Brad stepped up, he not only increased the weight, but did more reps!  That bastard!

AWESOME WORKOUT AFTER THE JUMP END_OF_DOCUMENT_TOKEN_TO_BE_REPLACED