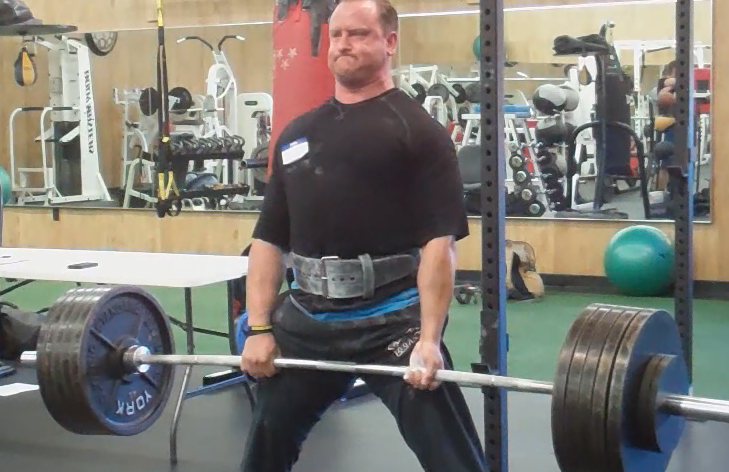 I competed in the Strength meet, which included the Bench Press, Weighted Pull-up, and Deadlift.

Here’s a run-down of the rules:

(1) The scoring was all bodyweight based, since there were no divisions. I am not sure of the actual formula used in all the cases.

(2) The Bench Press was the most loosely judged of the 3 events. They didn’t require a pause and your butt could come off the Bench. The Pull-up allowed for standing on a box and then stepping off to get an eccentric load, or you could go from a dead hang. The Deadlift did not require a set-down. You could drop it once you locked it out. You could also use straps if you wanted to.

(3) There were 3 attempts on each lift for each competitor, if they wanted them.

Here’s the thing about the rules. This was not some kind of a professional powerlifting meet. This was a charity competition done for fun. So I really couldn’t care less about the looseness of the rules, and I really hope I don’t have to hear a bunch of complaining about them in the comments section, either here or on YouTube…

More important than the rules was the fact that this competition enabled people do get up there and see what they had. If this was their first competition, they could set their baseline numbers, and they would get to feel what it was like to have to lift the weight up under pressure.

Plus, it enabled everyone to see where they stood against others. New lifters got a chance to see where their numbers were at in comparison to more seasoned veterans, and they got to see what else was possible.

Speaking of what’s possible – I was super impressed with one of the staff members of Pro Care. blew away the rest of the competition with a successful Pull-up with 140-lbs attached to his body and he was benching and deadlifting right up near me, and I out-weighed him by 60lbs. It just goes to show what intensity, hard work and consistency can produce over time.

My personal highlight was the Weighted Pull-ups. It was my first time competing at those. In fact, I haven’t even heard of one in the United States for about the last 10 years, so I was PUMPED to give it a try.

Here are the videos from the Strength Competition.

I was still feeling a bit of pain from my Bench workout during the week, but I went after this anyway. I started with an easy 315 on my first attempt. I then jumped up to 365, which I have hit once or twice in the past year, although I rarely train Bench hard. I left my belt on and it was way too tight and when I went to press, it felt like it strained my abs on both sides of my stomach, so I was super distracted by the pain. I thought I hurt myself bad, but I did not. I finished up with 335, and it was also pretty easy for me. I probably could have gotten 345 or 350 on that day.

I am contemplated doing an actual Push/Pull meet sometime in the Fall, so I tried to stay pretty strict on my attempts to see where I am at, with the exception of the pause at the bottom of the movement. To be honest, I forgot all about that entirely.

This was an event I figured I would do very well in, as I do Pull-ups all the time, and roughly 50% of the time they are weighted in some fashion, usually with chains. I started out with a safe 48kg/105/lbs kettlebell, which I smashed. I then jumped to a 120lbs Dumbbell. That was also easy, but I was so focused on the repetition, my ears shut off and I didn’t hear the call, so I ended up hitting a “double.” For my third attempt, I went for 130, and that started to get tough. I probably could have hit 140 fresh.

The alternated grip was allowed on the Deadlift, but I have not pulled with the alternated grip with weight over 315 in months and months if not longer, so I did not even bother trying it with the weights I was pulling. Instead, for my first two attempts, I went Double Overhand (no hook grip), then for my last attempt I went Double Overhand with straps.

I hit 455 on my first attempt. That was easy, and I wished I did more. I then went for 500lbs, which topped Eli Thomas’s current leading lift of 495. Both of those attempts were Double Overhand, no hook grip. I was very happy with how easy 500lbs came up DO. For my third atempt, I decided to try and all-time PR weight for the Deadlift or 550lbs. I used straps due to my fear of alternating and tearing a bicep. This was a pretty pathetic miss. With the straps, it just didn’t feel right. I don’t know if I had the back strength to complete the lift anyway, but I was glad I reached for the PR. I do kind of wish I would have gone for 520 DO No Hook, though, because that would have been an all-time PR for me, using that grip.

The only event in which I placed in the Top 3 was the Pull-up. I got second there. It doesn’t surprise me that I finished further down in the other events, since I have not been specializing in the Bench or Deadlift, however, the lower finishes does make me want to push my numbers up in those events, plus, bringing up my numbers there will contribute to my overall goals of more full-body strength.

I am really glad that I went to this competition. It was a good wake-up call. It was also nice competing with Eli Thomas at something other than Grip. I think the last time we did a comp together was 2005, and I kicked his ass handily. The tables have turned now though, brother.

By the way, if you work with athletes, there is a new DVD Set coming out this week called the Elite Athletic Development Seminar, by Mike Robertson and Joe Kenn. It is being sold at a special price right now. I am not familiar with Joe Kenn, but I have seen a lot of Mike Robertson’s products in the past and that guy is a very good instructor. 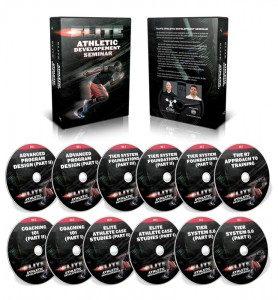 Thanks for watching my videos, and all the best with your training.