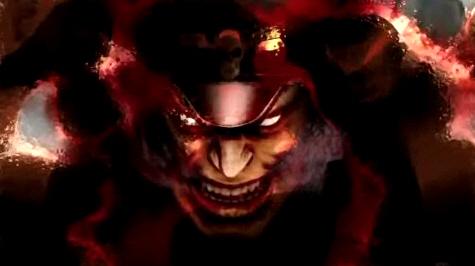 During that seminar, Buddy said something that I thought were very profound and have stuck with me for years.

He said, “EVERYTHING works.”

Essentially what he was saying is that all programs will work for a certain time, and he was urging those of us at the clinic not to just dismiss tactics because they seem strange or if they do not fall in line with what we were currently doing…

Flash forward several years to this past September 2010, at the RKC Certification. This is where I met Andrey Patenko.

At a break, he and I spoke about our other training interests and he said he had much experience in training special forces and I told him that I bent nails and competed in Grip Contests. When he found out about the sport of Grip, he immediately wanted to know more and we talked about it for the rest of the break.

Then, just before the end of the break, he began telling me about this tool he had been using for his Grip and Forearms – the Bison 1M. He said he thought the Bison 1M would be very beneficial for Grip Athletes and I told him I’d be very interested in checking one of them out to see what I could do with it.

Andrey recently sent me one of the Bison 1M’s to review. I used it the day after receiving it and got a very good workout from it.

After a couple of workouts, I did a short review video on it, which I have posted here.

For me, the Bison-1M will be most used for high volume work, deloading, and working on flushing the wrist and forearms with blood. In the workouts I have done so far, it has shown me it is very effective in this sense.

Will the Bison-1m help you close a big Gripper or Pinch the World Record? Probably not, but as far as a sporting application like baseball or tennis, yes I think it can be useful.

I have read speculation that the Bison 1M would break if used by a serious Gripster. I do not see how someone could break one of these things unless they either tried to do so on purpose or if they unscrewed the shell too far and somehow ended up bending it or ruining the threading inside the body. The device is actually pretty heavy and seems to be made out of some pretty good quality metal.

I will also say that the resistance on this thing goes really high. For some movement patterns, the resistance can actually be TOO HIGH. However, changing between resistance levels is pretty easy and only involves rotating the body of the device.

After reviewing the Bison 1M, I am reminded of that quote by Buddy Morris, “EVERYTHING works.”

Especially in the case of the Bison 1M, I think you have to approach things with an open mind. I am glad I did that with this item, and I hope you do the same if you ever have the chance to try one out.

I want to continue working with the Bison 1M, and report back again later on. It practically takes up no room at all to store it and I can work it into my forearm training circuits with ease.

If you’d like more information on the Bison 1M, you can check out the website for the device at Sotsky.net, or check out TheGripAuthority.com to view Part II of my initial review that covers my training with it in a bit more detail.

P.S. I have no monetary affiliation with Sotsky.net, Andrey Patenko, or the Bison 1M. All I received for doing this review was the Bison 1M itself.

This entry was posted on Tuesday, December 14th, 2010 at 11:31 pm and is filed under grip hand forearm training for sports, grip strength, Product Reviews. You can follow any responses to this entry through the RSS 2.0 feed. Both comments and pings are currently closed.