This touching guest post was written by Rick Walker, one of my long-time friends, and the guy who first got me into Grip. I hope you enjoy it. 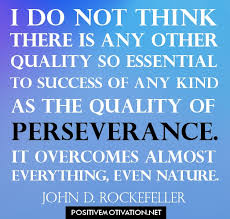 As adults, we learn through our experiences that life is not a straight road, but a series of ups and downs, twists and turns, wrong ways and short cuts. We learn this through our own struggles and failures, our own bad choices, our own falls and climbs. A child should not have to learn about his own road at such an early age.

My step-son could just give up. At age 10 he has learned life has a way of getting messy. Life has a way of turning you up-side-down and shaking you. At age 4 he experienced the death of his father. Though he was only 4, the experience had, and continues to have, a profound effect on him. It is hard enough as an adult to lose your elderly parents, but to be 4 years old and have your dad there one day and gone the next, to see him lying in a hospital bed, to see him at his viewing and funeral, and to process exactly what is going on does something to the soul that can never be reversed. Yet he persevered.

By age 8, after much pleading by his mother and me, the school finally tested him and discovered he had a learning disability. He was struggling to learn to read and spell no matter how hard he worked at it and how much we helped him. The school had written him off as lazy, but we knew better. His test showed his IQ is high but his reading ability lags behind. He now has to leave his regular class room on a daily basis to get extra help in reading. He could have shut down. He could have fought against it and fell further behind, but he didn’t. He persevered. He works hard at his studies and is a straight A student. Perseverance.

The summer of 2013, his mom and I noticed he seemed to really be leaning up, was going to the bathroom often, and complained of being tired. He had just finished a great baseball season so we at first chalked it up to that. We put him on the scale and he had lost 10 pounds. 24 hours later he was rushed to Children’s Hospital in Pittsburgh, PA and diagnosed with Type 1 Diabetes. Life, once again, had dropped a major bomb on a 9 year old kid.
Most of this would break us. Most of this would leave us depressed, broken, and beaten. But this 9 year old kid took it in stride. He never shed a tear; he just looked at his doctor and said, “What do we have to do?” and, “Can I still play football?”

It is not often that a father learns an important life lesson from his son. It is usually the other way around. He continued to train hard and prepare for his 2014 football season. Never once breaking to the sugar lows and highs, never once complaining about the 7 shots a day, about the constant checking of his blood, about the many blood tests he endures once every 3 months. He just persevered. At a time when I was fighting my own demons with my heart issues, this 10 year old boy was teaching me how to live. Week after week, workout after workout, he was showing me that success is not defined by never falling, but by falling over and over again and always getting back up. Always pushing forward. Always fighting back at whatever life decides to throw your way. He taught me to live for the moment, to live for today. He taught me that whatever the future may hold, we have this second right now to be a champion. He has made me a better father, a better husband, and a better man.

At the end of the 2014 season, his team finished with a 5-3 record and took the #1 team in the league, a team with a 7-0 record, to a dog fight in the second round of the play-offs losing by a score of 14-6. That same team went on to win the championship the very next weekend 31-0. They scored twice on us.

Casey scored 12 touchdowns, had over 800 yards rushing, and 60+ solo tackles. He currently squats 120 for 5s, bench presses 90 for 5s, and deadlifts 160 for 5s at a bodyweight of 92 pounds. At this time we are prepping for a December powerlifting meet where he fully intends on crushing the 10-11 year old 97-pound records that have stood since 2001. 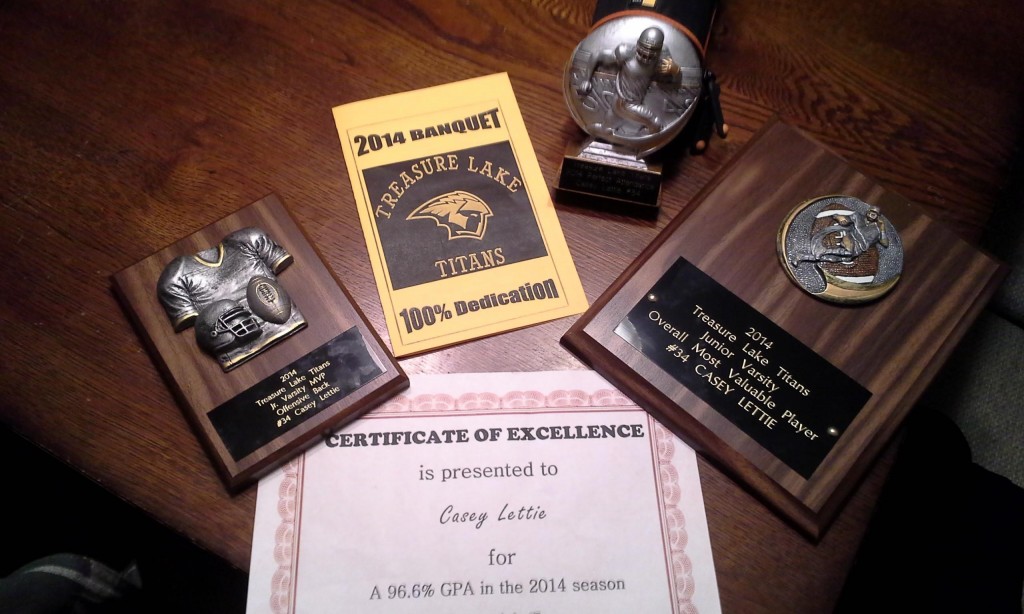 My son has become a man in a short period of time. Because he HAD to. He had no other choice. Give up and give in, or persevere. He chose, and chooses, to PERSEVERE. Day after day, workout after workout. He has a dream and a goal to one day play in the NFL. As a father I will do everything I can to make sure this amazing young man does just that.

Next time you are down and out over something, your training is stagnant, your life is stagnant, you hate your job, whatever it may be, think of this 10 year old boy and all he has overcome in his short life. Realize that it really isn’t as bad as it seems. And persevere.

“Get busy living, or get busy dying.” – Andy Dufresne, The Shawshank Redemption

Thanks to Rick Walker for putting this piece together. -Jedd-

This entry was posted on Monday, November 3rd, 2014 at 3:39 pm and is filed under your daily inspiration. You can follow any responses to this entry through the RSS 2.0 feed. Both comments and pings are currently closed.

One Response to “Perseverance – A Guest Post from Rick Walker”