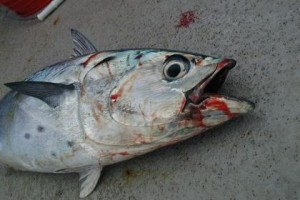 If this is your hand shake, then this post is for you!

This week I unleashed Home Made Strength II: Grip Strength Edition. This has quickly been scooped up by D.I.Y. Guys and Gals all over the world.

Check out 10+ the countries represented so far

Feedback From the Inbox:

Hey Jedd,
Grip Edition was very informative. I thought you had clear instruction on building the implements and good demos for each one. I never realized how much can be done to build grip with using stuff that can be easily obtained. I think my favorites were the thick bar DB’s, loaded shot, modified pony clamps, and the extensor bucket.

Jedd,
I loved the first edition of Home Made Strength that you did with Joe Hashey and you did it again
with Home Made Strength II the Grip Edition. I firmly believe that grip strength is an essential part of
any serious training program. Your DVD just gave me the tools to build all the grip training implements
that I need to train all my athletes that my budget would never have been able to supply for them. Your step by step directions made it so easy to do. Thanks for putting together a DVD that will benefit the strength world!

Watched the video already and the tennis ball idea is simple but genius man. Hand shots are made and already loving them! Made the modified spring clamp… Man that thing is brutal my thumbs already pumped… Great job on this man gotta say… I’m a contractor and I couldn’t even come up with half this stuff good job man.

Hey Jedd
I just got HMS II. I can’t wait to start building and using this stuff. It’s AWESOME! I got HMS #1 when it first came out and I made every piece on it and still use them at least 1x a week til this very day. I think HMS II is even better and it has a kick-ass inspirational clip at the end that I watched 3x and then had to go train cause I was so pumped up! I bought everything you’ve put out and I’ve yet to have been disappointed!

Let me ask you a question…

Have you ever wanted to be part of a Movement? 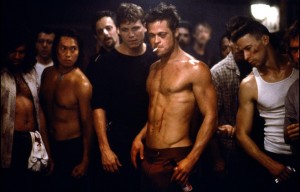 Like, have you ever watched the movie Fight Club and watched how the underground group of fighters just kept growing and growing, with little satellite groups all over the country popping up, multiplying like ant colonies, taking over cities one by one.

Well, that’s what’s going on with Home Made Strength II.

People are sick and tired of going to gyms and getting crappy workouts.

They are sick of being told that they aren’t allowed to grunt in the gym, or use chalk, or play their own loud music.

Strength training is about doing what YOU want, WHEN you want to do it.

If you want to chalk up, you should be able to.

If you want to bend stuff and drop weights, and get psyched up, you should be able to.

Hell, if you want to wear an ice mask on your eyes while you do your morning dynamic warm-up in your tighty-whities, you should be able to do it!

And people are grabbing their copies of Home Made Strength II so they can assemble their arsenal of Grip Training Gear and do exactly that – train WHENEVER they want at their own Home Gyms, with chalk, and loud ear-splitting music, and BIG PR’s.

This is how I train and I want you to be able to train like this too.

And another guy that wants you to bask in the feeling of this Home Made Strength Movement is the Iron Tamer Dave Whitley.

Dave Whitley received his Strongman Performance Education from Dennis Rogers himself and routinely visits Slim the Hammerman Farman and he recently put out a DVD as well called Lessons of the Oldtime Strongman, where he tells you how you can apply the lessons of the oldtime strongmen to your own training, whether you are a Powerlifter, Kettlebeller, or Body Builder.

Train with it – DOMINATE IT. And then post your video on YouTube by April 4th. There will be a world wide vote for the Home Made Strength Entrants and the top 3 vote getters will receive a copy of Dave’s DVD.

So, in review, pick up Home Made Strength II like so many others have done in over 10 countries throughout the world => Home Made Movement

Next, build the equipment, get to know it inside and out, train on it with a fervor.

Relish in the fact that you don’t have to depend on someone’s gym in order to get stronger.

Relish in the fact that your hands will be getting stronger at an accelerated rate and all of your other lifts are going to go up. 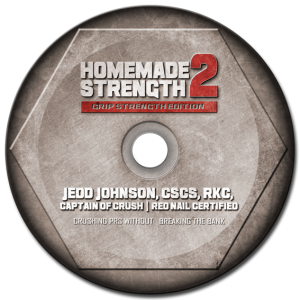 Then show your Home Made Pride by shooting a video, uploading it, and enter the Home Made Strength Challenge for a chance to win one of the best Strongman DVD’s on the market.

It all starts here = > Make Your Own Stuff, Brother

Tags: home made equipment, home made strength, make your own, strength training gear