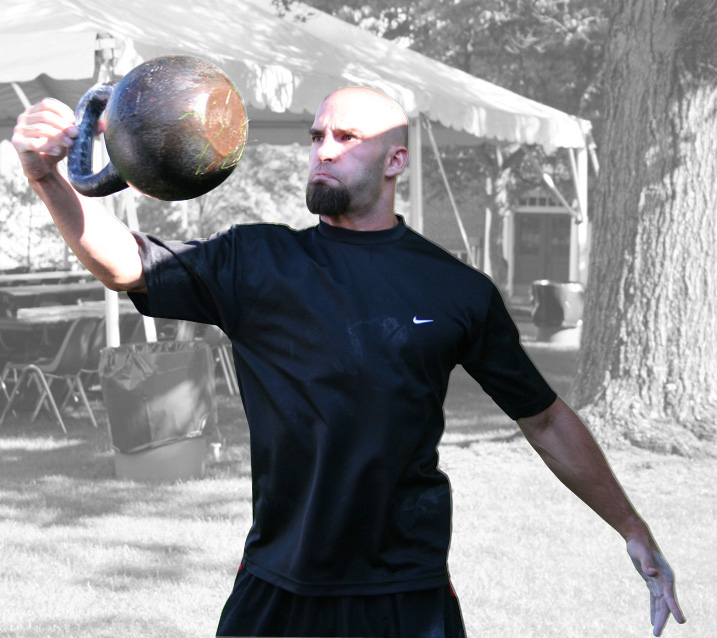 Within the last 1o years you’ve probably seen kettlebells popping up more and more in your commercial gyms.  If you don’t train at a commercial gym, I would guess that you even have a few kettlebells in your warehouse or garage gym.

The reason is quite simple.  Kettlebells are an amazing tool.  With their offset mass and versatility, kettlebell movements can range from simple to complex and provide a variety of benefits.

CHECK OUT THE REST OF THIS KILLER POST AFTER THE JUMP

What you might not know is that kettlebells are also an excellent tool for creating explosive power.  Kettlebells can not only be thrown (released) but they can also be used in other very unique ways to develop strength and power.

Back in 2005 when Jedd and I created Kettlebell Power Bombs in my garage, little did we know the impact it would have on the industry.  It is now a widely recognized movement and performed as a standard at various kettlebell certifications in the US.

During that training session we were trying to innovate with various basic movements and figure out how we could progress them to another level.  We started with the kettlebell swing (a foundational movement) and tried to think of a way to enhance the hip drive. 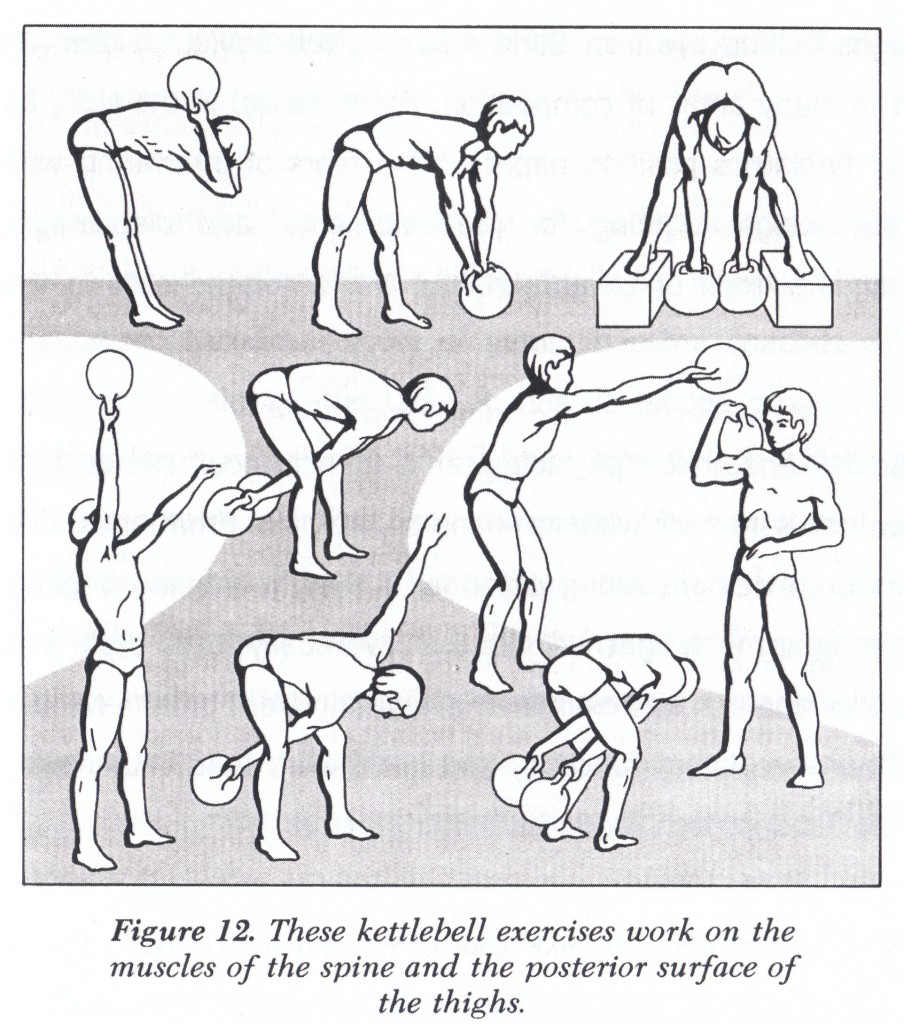 When performing a basic kettlebell swing, the hips unlock and absorb the mass x acceleration of the kettlebell as if landing from a jump.  This improves the integrity of the lower kinetic segments as well as builds lower body strength and power.

We could not alter the mass of the kettlebell but we could change its acceleration. By accelerating the kettlebell faster, the force we would have to absorb would be exponentially greater.  This created a reactive component.  The reaction, although not as intensive as a plyometric movement, was explosive.  The bracing and deceleration the lifter would encounter was 10 fold that of a basic kettlebell swing.  The elastic components of the muscle would accumulate the force and the resultant expression (the concentric phase) would be much more powerful.  This was the beginning of the kettlebell power bomb.

How to Do a Kettlebell Power Bomb

The lifter performs a standard kettlebell swing.  At the peak of the movement, a partner will explode the bell back downward into the eccentric portion of the movement.  The exercise is typically done for reps of 6-8 or until the form breaks down. 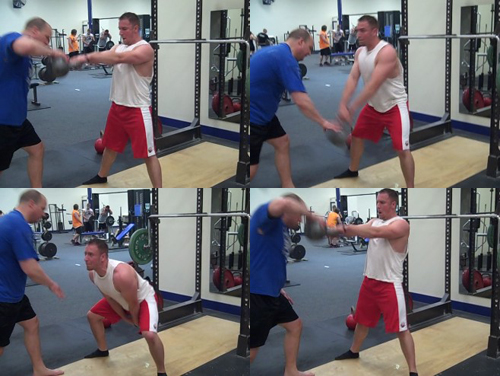 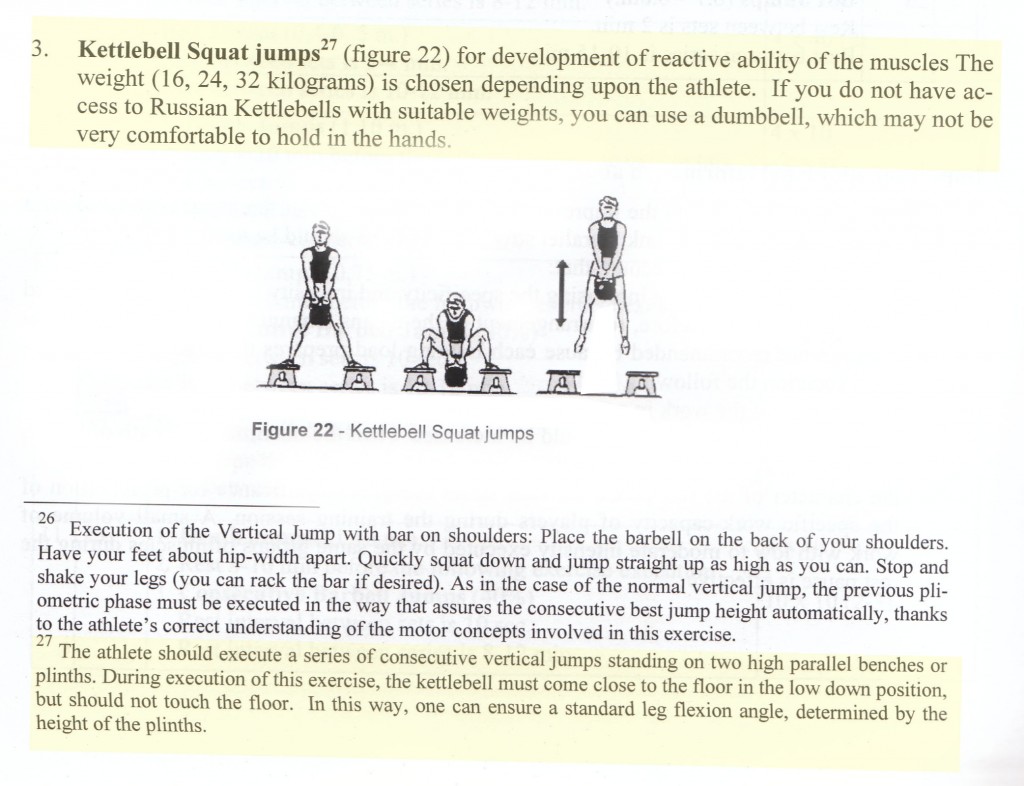 We’ve been using this movement in our dynamic / explosive training protocols with great success.  The coaching points should include making sure the athlete / lifter breaks the hips backwards and absorbs each jump with the posterior chain (lats, abdominals, erectors, glutes, hamstrings) and not forward onto the toes.  This reinforces good landing mechanics and keeps them safe.

When to Perform Explosive Kettlebell Movements?

Because of their (CNS) intensive nature, explosive movements should be done early in the workout after a very thorough warm-up.  On the contrary, they could also be performed immediately after a strength training movement.  This type of training, called complex training, accentuates post–activation potentiation.  This is a technique where a heavy strength training movement is immediately followed by an explosive movement.  This pairing improves neurological efficiency and fast-twitch muscle recruitment.

It is also important to note, tracking the volume (or foot contacts)  of CNS intensive (plyometrics, dynamic efforts, ballastic training) is essential to ensuring proper recovery.  This should be monitored to ensure the athlete is recovered for the next workout and ready to go. 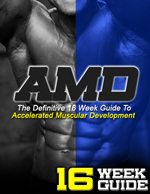 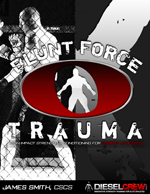 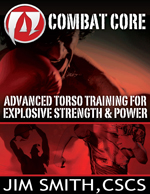 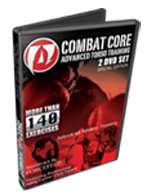