Hello everyone. If you love kettlebell training, then I’ve got a post for you!

I’m going to show you a few ways to modify the kettlebell snatch to make it more challenging and grip strength intensive. And then I am going to ask you what ways you modify kettlebell lifts in your training.

There are almost endless ways that you can vary your kettlebell training to provide yourself with a new stimulus.

Using a kb in each hand…

Holding two kettlebells in one hand…

A few weeks back I put together a short clip on how you can vary up the starting position and orientation of the kettlebell when performing kettlebell snatches to make them more challenging.

You’d be surprised how much changing the location of the kettlebell can effect the force production involved in the snatch.

Before we get into the variations, I think we can agree that the standard manner of starting a kettlebell snatch is by placing the kettlebell between the feet, performing a partial swing, initiating a controlled eccentric phase, and then snapping the hips to propel the bell overhead.

Here is a series of stills to illustrate this: 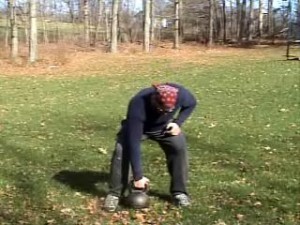 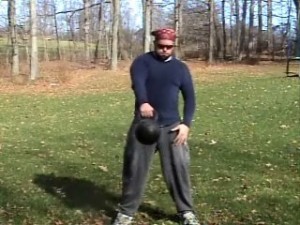 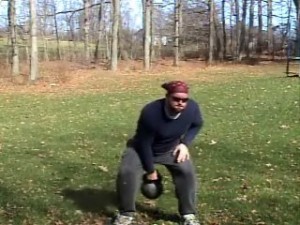 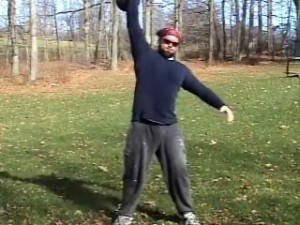 Now, here are just a handful of ways you can easily modify the starting position of the kettlebell snatch to make it more challenging.

To begin, the first thing we are going to do is eliminate that first mini-swing, altogether.

Instead, we will begin with the kettlebell out in front of the feet, this time. This position still allows for somewhat of an eccentric phase, albeit an abbreviated one, in order to load the hips for the snatch. 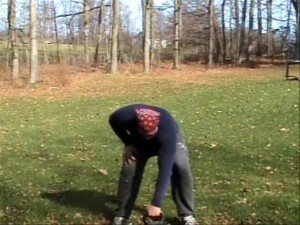 Next, we will position the kettlebell slightly behind us. This will completely eliminate the mini-swing and by doing so, we are taking out the eccentric phase of the lift, and beginning the lift with an elongated concentric portion. 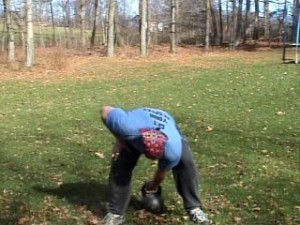 Don’t let the simplicity of these minor adjustments fool you into thinking that they do not make much of a difference. By decreasing or eliminating the eccentric portion of the movement prior to the snatch causes noticeable increase in difficulty.

But that’s really only the beginning. I have one more thing that you have probably never seen before and never thought about trying in your kettlebell training. This is a technique that we introduced in our Advanced Kettlebell Training eBooks. It is going to hit your grip like few kettlebell movements can and force you to truly focus on generating speed and power from the get-go if you mean to get the bell all the way up in the snatch.

This challenging, yet simple modification involves turning the kettlebell over on it’s side without straightening it prior to the lift. 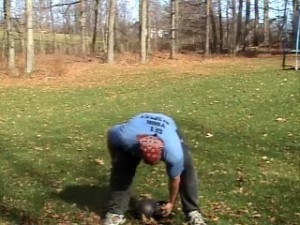 In the following video, you will notice right away how dynamic the initial pull of the kettlebell snatch becomes when you start of the lift in this manner. The kettlebell immediately pulls straight once it leaves the ground and if you are not able to positively respond against this force, you may just have trouble completing the snatch.

Well, there you go, another chapter in your kettlebell training playbook. So what ways do you modify kettlebell lifts?

How many other variations can we come up with? Which ways are you kinetically altering the kettlebell snatch these days?

Post them below in the comments section. I always like hearing about how all of you in the Diesel Universe are using your imaginations and thinking up crazy ways to train.

We have lots of other Kettlebell posts – Check them out below:

This entry was posted on Sunday, December 6th, 2009 at 11:16 pm and is filed under how to improve grip strength, kettlebell training. You can follow any responses to this entry through the RSS 2.0 feed. Both comments and pings are currently closed.

16 Responses to “Evolving the Kettlebell Snatch”