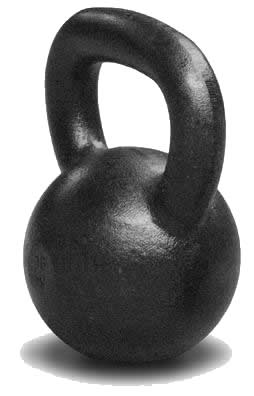 One of the most versatile types of exercise equipment is the kettlebell. These “cannonballs with a handle on them” were unheard of 10 years ago among the general gym goers, but now when you walk into mainstream stores like Dick’s Sporting Goods, you can find them packaged in brightly colored boxes, in an effort to market them to the masses. 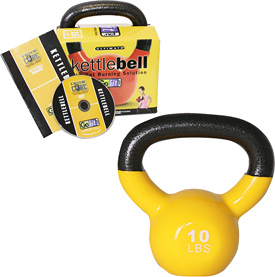 Unfortunately, kettlebell training is not easy. Without proper instruction, trying to work with kettlebells can bring about bumps and bruises and bad habits can lead to imbalances, injuries, and other problems that are hard to reverse. 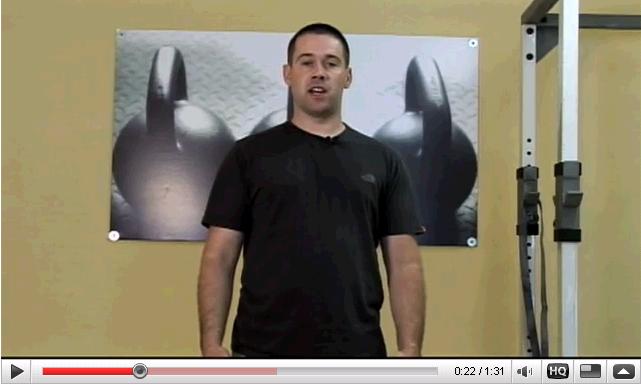 This year I happened upon Jordan Vezina’s channel on YouTube. He turned the kettlebell press into a multi-installment tutorial. He was able to identify common kettlebell lifting errors for the press and then covered how to correct these bad habits. Many of these habits were ones that I had when I first started out with kettlebells.

Jordan further impressed me with another two-part series he did on his YouTube channel, only instead of covering kettlebell technique, he covered something that is very near and dear to me – Nail Bending. He covered in detail many of the nuances of nail bending and suggested corrective strategies for form faults that are very common when bending steel. I thought it was great and I posted them here on DieselCrew.com: Intro To Nail Bending.

Recently, Jordan released a new product called The Corrections, Volume One. In this DVD, Jordan discusses how to improve technique with kettlebell training for the Squat, Swing, Turkish Get Up, Clean, Press, and Snatch.

At first glance, you may think that covering 6 movements out of all the hundreds of different movements that are possible with kettlebells is not important, but the fact of the matter is that the 6 movements Jordan discusses in this DVD are the SIX MAIN KETTLEBELL MOVEMENTS. Almost all the other kettlebell lifts and feats that exist are based on these six foundational concepts.

What is really cool about this is that Jordan is releasing this product in two forms. First, it is going to be offered as a downloadable video that you can put on your PC, laptop, or on your iPod or iPhone. Then later on it will be offered as a DVD. That’s pretty cool. You can check it out here: The Corrections DVD.

Everybody makes mistakes in their training, and when you are dealing with training that is as complex as kettlebell lifting, it is important to keep these technical flaws to a minimum or else you are either going to stunt your potential progress, or you are going to just flat out get injured. When you can get so much benefit out of kettlebell training, do you really want to deal with the pain that comes with technique flaws with kettlebells?

Years ago when I first started kettlebell training, it took me months to get it right with many of these lifts, and even after ironing out all the issues, I still revert back to old habits and perform these exercises poorly, if I’m not careful. I wish this product was around when I started.

Do yourself a favor and check out this product. Whether you’re new to kettlebells or if you’ve been doing it for a while, with this DVD, I think you are going to find a few gold nuggets that are going to make a difference in your training.

Pick it up here: The Corrections DVD.

P.S. Don’t just take your kettlebell instruction from anyone. Jordan is a a certified RKC, meaning he has passed the Russian Kettlebell Certification. This is a grueling test of endurance in the kettlebell snatch. You can’t get that certification unless you know how to move the kettlebell efficiently. Jordan knows just that and he understands how to help others learn how to do it.

This entry was posted on Tuesday, August 11th, 2009 at 9:17 pm and is filed under kettlebell training. You can follow any responses to this entry through the RSS 2.0 feed. Both comments and pings are currently closed.

One Response to “Jordan Vezina: The Corrections DVD”