Can He Do It and What Will it Take? 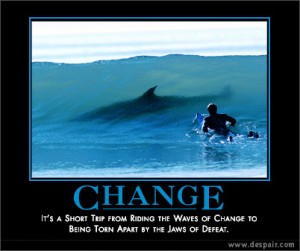 I want to CHANGE stuff up today!

I’m going to throw out a post that’s a little bit different from what you’re used to at Diesel and then I want your opinion on the subject by leaving a comment below.

Today, I would like to write about something a little different and then put out some questions to you and I’d like to see what you all think.

As you may or may not know, I love the New York Yankees.

As a kid, I grew up watching the Yankees with my dad. With the YES Network (Yankees Entertainment and Sports) on the satellite, I am able to see Yankee coverage from pre-season, to Spring training, and all season and post-season long.

I have especially been tuning in while I work on my articles and posts here the last week or so with all that is going on. 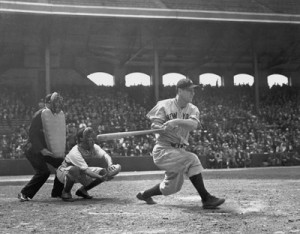 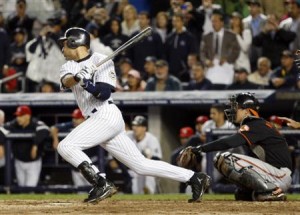 If you follow the Yankees at all, you know that Derek Jeter just beat Lou Gehrig’s long-standing mark of total base hits as a Yankee. Lou Gehrig had 2721 during his Yankee’s career, a mark that stood for over 70 years.

If you have watched any of the games or coverage recently, you may have heard Michael Kay mention that a year or two ago, Jeter made the statement that he would like to play for another 10 years.

I’ve been looking at some stats recently, and I can’t help but think about what that could mean for Jeter’s overall hit total at the end of his career, IF he plays another 10 or so seasons. 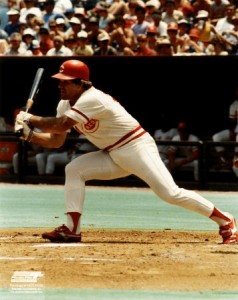 So, is it possible? Let’s first take a look at what Jeter has going for him.

– Hitting Style – Jeter is not a one-dimensional swinger. He can hit to all fields and does not depend on pulling the ball. He sprays the field better than the sprinkler system.

– Foot Speed – Jeter is fast enough to beat out infield hits, including dribblers between third and the mound, and bunts, in fact he just beat out a bunt last week.

– Lead-off Hitter – In the lead off spot, Jeter will average more at-bats per game than any other player in the line-up. More at-bats means more chances to get hits.

– Hitting Focus – Jeter is not chasing home run records, stolen base records or anything else along those lines, so he can focus on getting to the plate and making good swings on good pitches and getting base hits ONLY.

So, it’s plain to see Jeter has a lot going for him when it comes to playing another 10 seasons and possibly creeping up on Charlie Hustle, Pete Rose. That’s not to say it is a given, however.

So, I ask you, Diesels. What will it take for Jeter to play another ten solid seasons and become the All-Time Hit Leader?

Here’s a list of things that I think are going to greatly help Jeter’s chances:

– Nutrition – Jeter has stayed thin and athletic throughout his entire career. This leads me to believe he has a good nutritional plan. His thin build hopefully means he has stayed away from steroids and other performance enhancers that might have eventually caused additional wear and tear on his joints and organs. This leads into the next point:

– Staying Healthy – Any knee or back problems will be terrible for Jeter’s games-per-season average. Even if he doesn’t get put on the Disabled List because of conditions like a bum knee or a sore lower back, he’d still need more time off to rest from these nagging conditions. That could lead to the accumulation of rust between starts and reduced performance.

– Lifestyle – I am not sure how often Jeter goes out on the town, but being in New York City presents a tremendous amount of temptation. If he does indeed go out a lot, he is able to keep it under wraps because I haven’t seen his name in the headlines for causing trouble or for getting DUI’s. He needs to stay away from the party life, the late nights, and the ladies that come with his stardom.

– Family – Families have a way of changing athletes. If Jeter were to have kids, he may reduce his commitment to the Yankees in order to spend more time with his family. 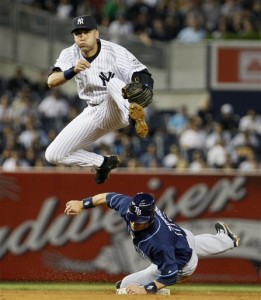 Jeter Making it Happen - Elevating while Turning a Double Play

– Get out of the Short Stop Position – Jeter plays the 6-spot like a soldier and is involved in a lot of bang-bang plays and does not hesitate to leap, stretch and grind to make an out. Could this lead to an injury? Might he be more suited for longevity at third base instead? Would the Yankees ever switch up Jeter and A-rod in order to stretch Jeter’s career? Or would they deal one of these icons to make that happen?

I’ve done my best to present both sides of this equation, but I gotta say that I think Jeter can do it. I think he has gotten better with age and being a part of the Yankees organization, a team whose existence is based on success, helps his case of one day becoming the all-time hit leader in Major League Baseball. It’s not going to be an easy ride for him, but it’s all about the journey, away, right?

So that’s my take. What’s yours? Did I miss anything?

What will Jeter have to do in order to break the record?

Can he play another ten seasons? Can he do it at a high level?

Can he continue to lead the greatest franchise in baseball history both as a clubhouse captain and a hit producer?

Weigh in with your thoughts by posting a comment below.

Thanks and all the best in your training,

P.S. Joe Hashey and I want to show you how to build your own equipment that will last for a long time, help you accomplish your goals, and save you a ton of money. Sounds like a good idea, right! Sign up for updates here: Home Made Strength Equipment

(Statistics for Jeter and Rose were obtained from Baseball-Almanac.com)

This entry was posted on Sunday, September 13th, 2009 at 11:28 pm and is filed under accelerated muscular development, athletic strength training lift odd objects, baseball strength and conditioning, create your own garage gym, how to build muscle. You can follow any responses to this entry through the RSS 2.0 feed. Both comments and pings are currently closed.

6 Responses to “Can He Do It and What Will it Take?”