The official August of Arms period has come and gone, so I wanted to share with you my results.

First off, I’ll say that August was an absolute mess for me, as far as Arm Training goes.

A new contest, Living Legends, where big money was at stake, required a proper deload period, so I did no training for several days during the month.

I also hurt my right index finger early in the month, which made several exercises impossible without substantial pain, so I was relegated to repeating many exercises more times than I’d like.

On top of that, I couldn’t even train the Close-Grip Bench Press, one of the benchmark lifts of August of Arms.

All of this resulted in poorer overall performance than I have seen the last two years.

But hey, sometimes stuff happens and you have the make the most of what you can do and just move on.

I failed to do pre-measurements of my biceps at the beginning of the month, so I do not know where I started the month (another mistake I made), although I do know that in March I measured my arms and both were right around 18.5 inches.

I ended this month at right around 19″ for both arms. 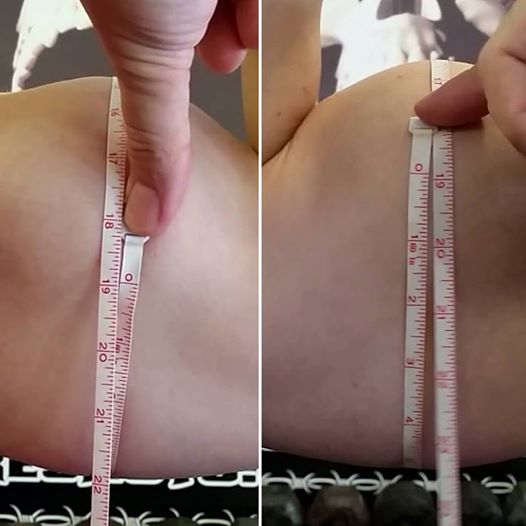 The first test was Barbell Curls with 135lbs for as many reps as possible.

I began the month with 7 reps on the 135lb Barbell Curl for Max Reps.

I was able to improve to 9 reps by month’s end. You’ll see the reps are much quicker at the end of the month, as technique improved, as well as strength.

This drill, while the lightest weight, is actually probably the hardest to get through, because the pump is pretty significant and the dynamic nature lights my triceps insertions up. I started the month off with a finish of 2:09.

By the end of the month, I saw a very decent improvement, completing all 100 reps in 1:50.

The next test was Poundstone Curls – curling an empty barbell for 100 reps as fast as possible without setting the barbell down.

To my surprise, without working the Poundstone Curl since last August or September, probably, I was able to get all the way to 100 reps without any breaks or pauses, motoring straight through in 2:00 flat. This was the fastest I’ve ever gotten this, according to my spotty records.

I was able to do the same thing at the end of the month, as well, shooting straight through all 100 reps in 1:38, just completely blowing away all the previous attempts I’ve ever taken.

The 4th test, which I didn’t do, was the Close Grip Bench Press. My pec insertions felt like they were on fire when I did a warm-up set of 225 at the beginning of the month, so I completely waived that off and didn’t do any Close Grip Press training during the month, although I did do some Dumbbell Crush Press throughout the month, which never hurt at all.

So, to wrap up, while I was disappointed in my arm measurement by the end of the month, it’s pretty hard to be upset with improvement across the board on the testing lifts.

Want Bigger Arms? THIS is Your Program

I’ll also say that this is the best my arms have felt in a while. Last year, I did something to my left biceps and forearm doing a heavy set of Reverse EZ Bar Curls, either near the tail end of August or sometime in September, and that bothered me for a looooong time. As a result, I didn’t do much arm work during the end of 2015 and throughout 2016, because so many movements irritated those areas.

The biggest disappointment for me though, was the fact I missed so many days. Sure, some of them were for good reasons, like the off-time I took to re-energize for Living Legends, but there were still a few days where I just didn’t get the work in.

It reminded me of skipping leg days back in college. You do it 2 or 3 Fridays in a row, and it gets easier to do every single time.

I don’t like that feeling, and thankfully, once Living Legends was done, I was able to get back in the groove. By the end of the month, I felt like a steam engine train, ready to conquer every corner and hill in my path, and I feel I finished on a high note.

The plan going forward is to hit biceps twice a week, and triceps, once a week.

The plan is to hit biceps on Mondays and Saturdays. Triceps will be Thursday or Friday mornings, along with Back, depending on which day it falls on.

I’m going to continue to work on a combination of Biceps Strength, which heavier weights and lower reps, and Biceps Volume with lower weights, higher reps, often done in combinations of 2 or 3 exercises.

I think with that sort of set-up, I’ll have plenty of time to recover between each arm workout, so I’ll be able to attack Arms hard on each of those days.

I’ll also do my best to re-measure every 2 weeks and re-test on Poundstone and 135lb Barbell Curls the last week of each month. I’m gonna have to choose a different Triceps exercise or two for those tests, since the Close Grips are bothering my pec and the One Arm French Press were bothering my Triceps tendons.

Is WRIST PAIN Holding Back Your Arm Training?
FIX IT with This Program:

This entry was posted on Wednesday, September 7th, 2016 at 8:16 am and is filed under arm training, August of Arms, build bigger arms. You can follow any responses to this entry through the RSS 2.0 feed. Both comments and pings are currently closed.