So you’ve been coming to this site for years and you know the importance of Grip Strength and how there is this awesome sport that tests forearm, wrist and hand strength, called Grip Sport.

Well don’t you want to give it a try?

On October 8th, 2011, I will hold the Pennsylvania constituent of the 2011 World’s Strongest Hands Series.

This is a four-event contest that could be a fantastic opportunity for you to give this stuff a try.

My primary reason for even holding a World’s Strongest Hands venue is to help get new people involved.

So far this year, with the help of my good friend, Mike Rinderle, with whom I released Hammering Horseshoes, the DVD that shows you exactly how to bend horseshoes, we have introduced several new grip strength fanatics to the sport of Grip.

Check out this list of new grip competitors from this year, and check out their training backgrounds. As you’ll see, Grip Sport athletes have very diverse backgrounds, coming from other sports and training focuses… 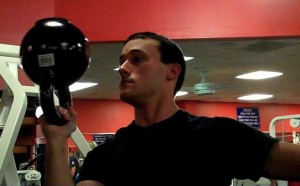 Christopher Smith – I started strength training when 14 and the pursuit of strength has been a huge part of my life since. I got certified as a personal trainer with the American College of Sports Medicine so that I could help other people get stronger and in an effort to reach even more people, I founded Train Better Fitness in 2008. Currently I offer strength and conditioning to people from all backgrounds. In 2010 I competed in my first powerlifting meet, setting two state records in my weight class and then in June of 2011 I organized and competed in my first strongman contest. Over the past few years I’ve become more interested in grip training and put it to the test for the first time in August of 2011 at the World’s Strongest Hands contest. The contest was a great experience and I encourage anyone who is interested to give competing a shot. 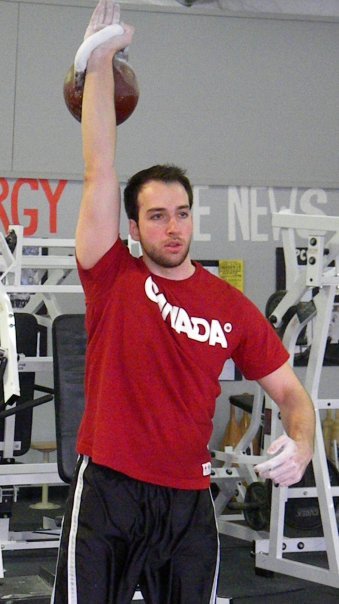 Eric St. Onge – Eric is a competitive Kettlebell Sport who’s been lifting kettlebells for almost 4 years now and has traveled to numerous places in North America for competitions. He set the 2x32kg kettlebell jerk North American record of 101 reps in 10 minutes. Eric began training Grip sporadically 4 years ago. As of July 2011, his training has been centered on grip. His first competition was WHS II Leg 2 and he says, “I had a really great experience and am looking forward to competing again soon.” Eric is a CSCS through the NSCA and is working on his Doctor of Chiropractic degree at New York Chiropractic College. Feel free to visit his youtube channel at http://www.youtube.com/KBmania360 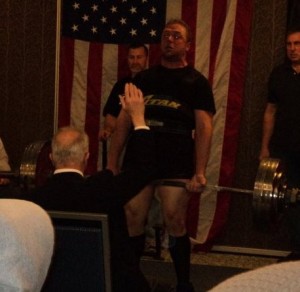 Mike Turpin – Mike Turpin, 23, from northern Harford County, MD, started training before his senior year in high school when he was tipping the scales at 340 pounds. He got in shape, interested in overall fitness and strength, losing over 100 pounds. He started instructing Spinn and fitness classes over three years ago and began powerlifting out of Niko Hulslander’s gym in Brogue, PA. This drug tested athlete recently competed at USAPL RAW Nationals. His goals for the next year are to only become more well-rounded and knowledgeable, looking to compete in all aspects of strength– powerlifting, grip sport, olympic lifting, and strongman. Hell, he is probably going to do a 10 mile run just to top it all off. Either way, grip is one of his main focuses coming into the new year and only looks to take it more seriously! 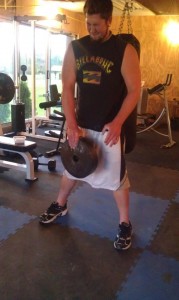 Eric Lloyd – Eric is a friend of mine that I first met when he was about 15 years old at a local seminar I held on squat training. We continued to say hello for the next several years whenever we saw one another in town. He recently put together a big garage gym at his home and I let him take my strongman tire to it. At that point, I invited him to try out World’s Strongest Hands and he has taken up grip training with full steam! Now we train at least once a week and Eric is kicking some serious ass! 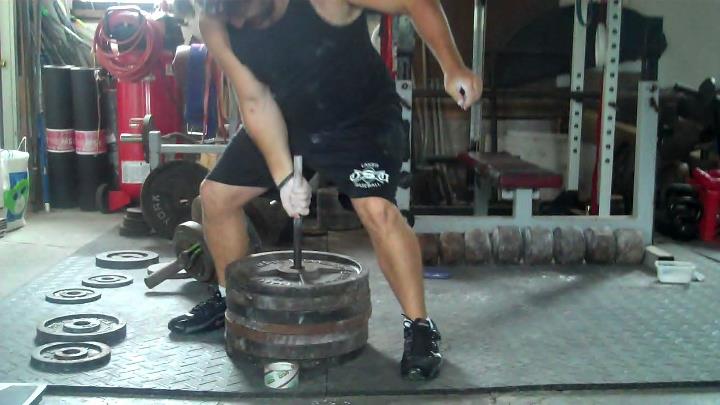 Adam Spizman – Adam is the owner of Spizman’s Strength System, an underground/warehouse style gym in Oswego, NY, 45 minutes north of Syracuse. He began the business in 2009 and has continued to grow it ever since. For years, Adam has trained with Fat Grips/bars, thick ropes, kettlebells and many grip improving tools at his gym. He believes all athletes can benefit from grip strength and really emphasizes it with his wrestling/fighting clients. After further research he began digging deeper into the world of grip training. About 6 months ago he began visiting John Eaton on occasion to train with different things such as blobs, 1″ V-Bar, and grippers. He loved the opportunity to train with master trainer Jedd Johnson and jumped on the opportunity to compete. Since the competition Adam continues to grow his business and evolves his training and grip devices at the gym. For more information on his training visit SpizmanTraining.com

Richard Bean – I contacted Richard, but I have not heard back from him yet. I do however know that Richard is a certified Red Nail bender and a Blob Lifter.

If you are interested in trying out a comp, don’t be shy. A long time customer and friend of mine, Mike Sheehan, is coming to Leg 3 to give this a try (he could not make the other legs due to his work schedule) and he is raring to go!

Also, I have one gent from California making the trip in – you know him as Mr. Wild Card, Daniel Reinard, who qualified for Nationals through the Wild Card Grip Strength Challenge, and he won the Novice Class. Also, Bob Sundin will be coming up for Leg 3 again. He is the world record holder in the Two Hands Pinch for the under 182-lb class.

At Leg 3, the events will be in this order: Vulcan Gripper with 20-mm set, Two hands Pinch, Grip Topz Hub Lift, and Half a Penny hub Lift.

After the standard events, there will be a Blob Off! Max Next Gen Blob plus Weight as well as the Block Weight Medley from Hell. Every Block Weight I own will be lined up and the objective is to load them all in a medley. This will include all types of Block Weights: Hex Blocks, Next Gen Blobs, a Blob Clone, a Fatman Blob, Chunks, Inverted Dumbbells, Scale Weights and an Anvil.

Cost of the entire contest is just $15!

I hope to see you there – all the best in your training.

This entry was posted on Monday, October 3rd, 2011 at 7:47 pm and is filed under Grip Sport, grip strength, grip strength competition contest. You can follow any responses to this entry through the RSS 2.0 feed. Both comments and pings are currently closed.