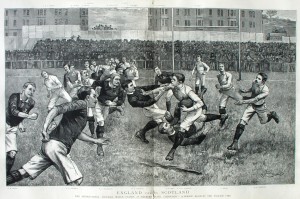 This week’s challenge was the Two Hands Pinch and it was a Wild Card Qualifier for Nationals and a good group of dudes threw their hat in the ring! Check them out below.

PITT’s only done this a couple of times and his plates look pretty damn slick. His best lift was 130, but this exercise is going to be great for him for developing thumb strength, stability and resistance to injury for his action in the wrestling ring!

Kevin Greto seems a mild-mannered Gripster. However, I think you are going to see him Hulk up on the adjustable plates when it comes to the World’s Strongest Hands Series 2011.

Carlos has been hitting his Grip Training consistently and seeing improvements gradually. With a tighter fitting pipe, I think he would have had an even better performance. I’ve gotta give it to him though – he sacrificed his pull-up bar in order to Pinch – that’s what I’m talkin’ about BROTHER!!! Also, because the heavier end of the bar was in the back, that makes the lift harder as well.

Darrin continues to submit for just about every single challenge. Dude is a freak. I think with some training on the implements he has a future of success in competitions. I believe he is well under the 82.5-kg weight limit for the World’s Strongest Hands Series, so if he can make it to a comp locale, I think he could be a contender. Keep it up tough guy!

Check out Mike’s video, as he brings some of the showman aspect in this weeks Grip Challenge Submission. Mike is a tall dude with good sized hands. I think he could Pinch over 200 on the Pinch Device with a few months of training, especially with the crew he trains with – a bunch of good strong guys.

Paul is one fire-under-the-ass away from becoming a serious force to be reckoned with in Grip.

Jason has been packing on some muscle evidently. Also, he has been posting a seemingly endless array of PR’s on The Grip Authority Facebook Group. He has increased his Two Hands Pinch and several types of One Hand Pinch, especially with Blobs/Block Weights using the Seriously Strong Thumbs program I devised. Keep up the good work, man!

Josh’s number of 181 took the title this week and so he qualifies for North American Grip Championships in July. Many competitors put 15 to 20 pounds on their Two Hand Pinch just by using the Euro-Pinch Device, and another 5 to 10 once they find the right width, so it is going to be exciting watching Josh go for a big number, if he can make it to Nationals.

Congrats to Josh for qualifying and great job to all who tested themselves in this week’s challenge.

Next week will be Grippers. I am expecting that a lot more people would submit videos, as Grippers a re a much more popular aspect of the sport. The video should be up by Monday.

P.S. Check out one of our sponsors for Grip Sport Nationals, Oxygen 4 Energy – click the banner below:

This entry was posted on Saturday, June 11th, 2011 at 10:27 am and is filed under Grip Sport, grip strength, grip strength competition contest, how to build pinch strength, how to improve grip strength. You can follow any responses to this entry through the RSS 2.0 feed. Both comments and pings are currently closed.