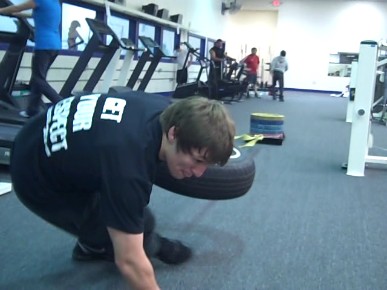 Check out my latest article that was posted on Elite Fitness!  It involves a very unique sled dragging variation you have never seen.  I liken it to cutting for football or explosive dribbling in basketball, but the carry over is for all sports.

Non-linear, non-patterned sled dragging is the key to preparing the body, the joints and developing functional strength.  Truly bridging the gap between GPP and SPP.

It’s something of an honor to be asked to do a guest post for Smitty and Jedd, especially as I’ve been a big fan for some time. For people that don’t know, my name is Barry Gibson and I own and operate Grapplefit Training in Sunderland, England. I have been the regular strength contributor to Fighters Only Magazine for almost four years now, and have had the concept of Grapplefit for at least seven years. Only now is it becoming a reality and I have my own unit where I train combat athletes full time. I also run fat loss boot camps for ladies and gents not involved in the fight game. One of my more recognizable clients is Ross Pearson – TUF season 9 lightweight winner and now UFC fighter. At the time of writing, Ross has just defeated Aaron Riley at UFC 105. 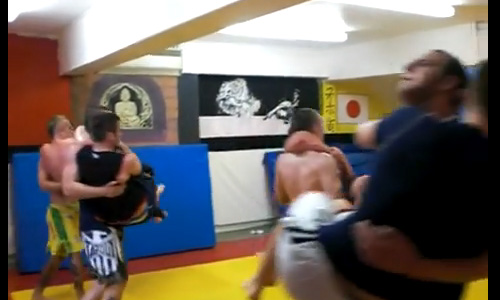 SEE THE KILLER WORKOUT VIDEO AFTER THE JUMP END_OF_DOCUMENT_TOKEN_TO_BE_REPLACED