The Home Stretch – Challenge 5 of the Classic Strongman Feats Tournament

First off, I hope all of you are safe and sound after the hurricane on the East Coast on the United States. I know some friends in Maryland, Pennsylvania and New Jersey lost some power and saw damages from the storm, so please take care!

Second, I just want to say that if you follow WWE Wrestling, like me, you know its been an exciting few weeks with the return of Kevin Nash and the drama between him, Triple H and CM Punk. What an awesome time!

However, if you are thinking that Stephanie McMahon sent the text message to Kevin Nash to come to Summer Slam and Jack-knife Power-Bomb CM Punk, I am sorry but you are mistaken. I am going to make the call right now, that the culprit who stole Triple H’s phone and requested Nash’s punishing appearance is actually Shane McMahon, making his return to the family business…

I am obviously SPOT ON, but if you have another guess, feel free to post in the comments.

Many have been pondering what the final feat in the tournament could be. Watch the video below and you will find out.

Since all of the rules are clearly stated in the video, I am only posting it right now and will add more information below in a few hours.

I do freelance work as a Spanish Interpreter and I have a large project that I have to work on for the company I used to work full time for, so I will be working on that for a bit and will return to the site later on.

However, once you watch the video, if you have any questions, please feel free to leave a comment below.

Thanks and all the best!

Usually, when you hear about a horseshoe tournament, you think of a bunch of old sun-burned dudes with beers in their hands wearing tank tops and wife beaters, throwing horseshoes into dirt or sand pits, trying to hit a stake for points. 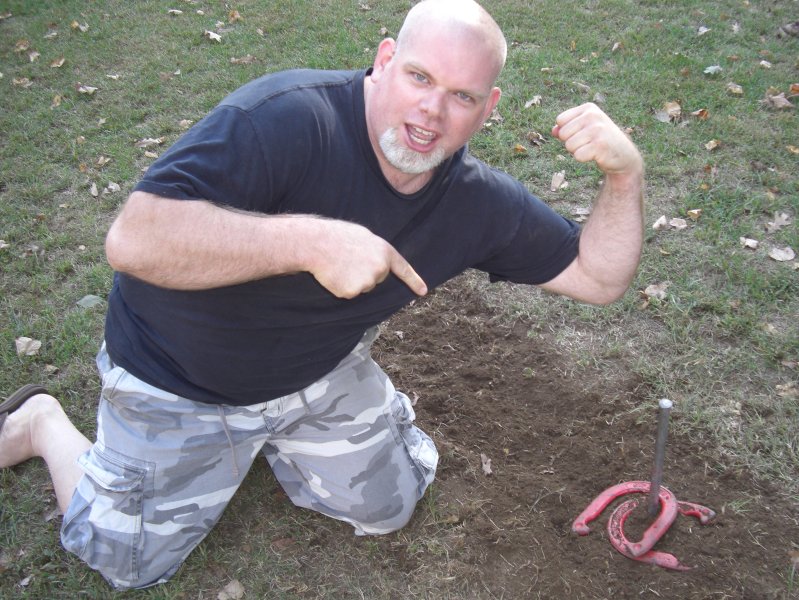 There’s an old saying that mentions horseshoes that goes something like this: “Almost only counts in horseshoes and hand grenades.”

What that means is that when you have a goal, you need to accomplish that goal, and not just settle for “almost got it.” You see, in normal horseshoes, if you almost hit the stake, then you still get partial points for your throw. Throwing grenades is kind of the same thing. You don’t have to hit your target spot on every time because the shrapnel will do the damage for you.

Well, almost doesn’t count in horseshoes when you’re bending them!

Last week was the fourth week in the Diesel Classic Strongman Tournament, and the feat of strength contested was Horseshoe Bending!

In case you are wondering, there is a near endless variety of horseshoes out there to try and bend. In our DVD, Hammering Horseshoes, Mike and I cover about a dozen types of shoes that are readily available and easily obtainable.

Mike and I are also working to extend this list in order to give more options for beginners as well as more steps in between established shoes. Look for this listing to come out sometime soon.

Now, let’s get back to the tournament.

Here are the standings after last week’s tournament:

So, after this weeks bracket, we now have a new leader and the running score is looking very different. Here are the standings:

So, now we head into the final week of the Classic Strongman Feats Tournament.

The rules for the final showdown of the tournament will be posted tomorrow.

Believe me, you do not want to miss the final turn of this spectacle. There will be MANY points up for grabs.

Now, let’s check out the awesome shoe bends from the entrants this week:

Great week guys. Look for the next challenge very soon. 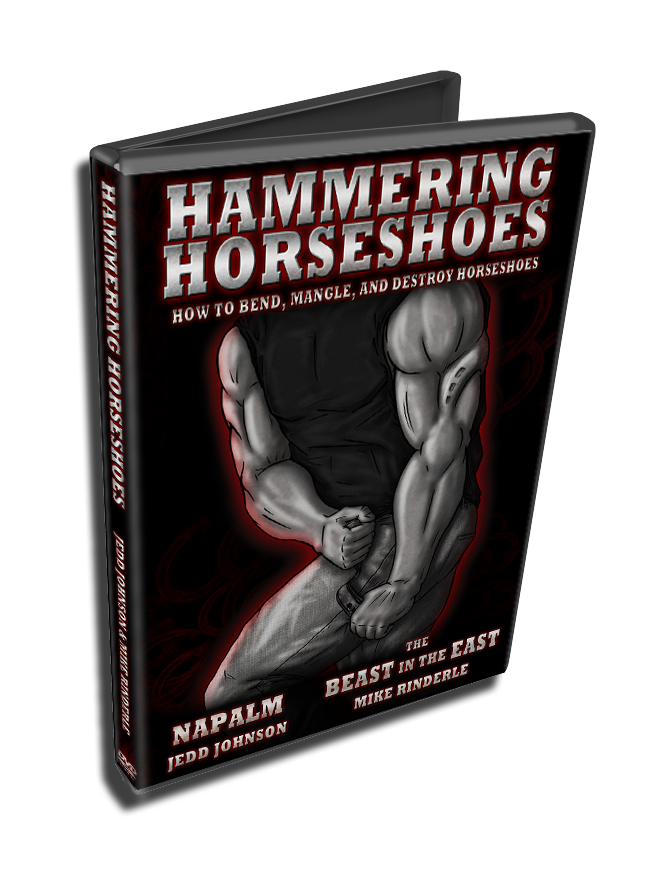