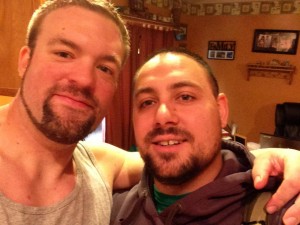 A few months back, I was talking with an old friend of mine from college, Chris Christian.

Chris was one of my main training partners when I was in college between 1999 and 2001.

Unfortunately, he had been through an extended stint of “training vacation” and he wanted to get back into it.

He asked me for some guidance, and I asked him what he was currently doing.

He began to tell me about all this Beach Muscle work he was doing – each workout was filled with all this Pushing work and very little Pulling work.

So, we began working on that right away, because when you do too much Pushing and not enough Pulling, you run the risk of serious shoulder issues. Any doctor, physician or therapist will tell you that.

I laid out some new routines for Chris and shot him this video on balanced shoulder training guidelines.

He set forth following these new guidelines and said that once the Summer was over and his weekend job working security at an amusement park was done for the season, he would be up to hit a Big Workout, just like Old Times.

This past weekend, Chris made it up, and we had an awesome training session.

The way I laid it out, I wanted to give him plenty of new options for his training that were balanced between Pushing and Pulling movements for his entire upper body: Chest, Shoulders, Back, and Arms.

What this meant was that we would be hitting three upper body movements all in one day.

DISCLAIMER: I would not normally recommend training sessions like this on a regular basis. We trained for a solid 2.5 hours with very little rest. Doing this on a routine basis will almost definitely result in undue soreness and most likely over-training. That’s your warning, DIESELS. Don’t try this at home.

In this video, you’ll get to meet Chris. I immediately got him going on some warm-ups for his hips since he spends much of the day sitting on his ass and had just driven nearly 2 hours to my place. Even though we weren’t going to be hitting much lower body stuff, I still wanted everything to be limbered up well so that he was feeling right and performing well.

Since Chris’s gym’s equipment selection is limited at best, I wanted to give him a treat of working the Incline Press with a Log. He said he loved it.

Also, since Chris is limited to a 30-minute workout since he trains at work, we threw in a nice super-set combo of Incline Flies and Shrugs. There’s no reason why Chris can’t get back into awesome shape. Even with 30-minute workouts, he can build muscle and burn off fat if he keeps his sessions intense, by including back-to-back pairings like these.

Part III: Pull-up Variations for Back and Grip Development

One of the ruts Chris and many people get into is they abandon Pull-ups and instead do all kinds of work on the Lat Pull-down Machine. I told Chris to start working Pull-ups back in because they are the Ultimate Back Builder.

You’ll also see in the video that we varied the grip and hand position throughout this section of the workout. We did this because I want Chris to start training his hands harder in order to be ready for anything on his job. You will see several different grip implements you can use.

This doesn’t even scrape the surface of what we did that day. Here it is almost a week since we trained, and I still haven’t got all of the footage edited and uploaded.

Make sure you subscribe to my YouTube channel so that you get to see all of the footage from this awesome workout. 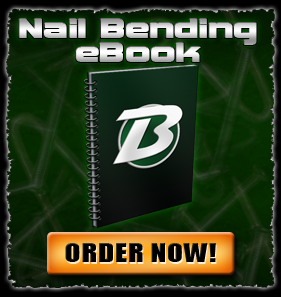 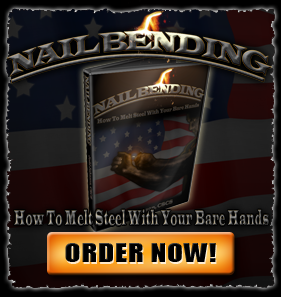 This entry was posted on Friday, September 27th, 2013 at 8:23 am and is filed under how to build muscle, how to develop strength, how to improve fitness and conditioning, strength training muscle building workouts, strength training powerlifting. You can follow any responses to this entry through the RSS 2.0 feed. Both comments and pings are currently closed.