I want to give Darrin Shallman, one of my TGA members and someone I have known since at least 2011 some special recognition. 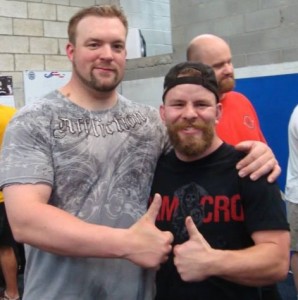 Darrin lifted the Blob50, a replica version of the 50-lb Next generation Blob, for the first time yesterday.

I want to make it clear that in no way am I trying to take any of the credit for Darrin lifting the Blob50.

Darrin is one of the hardest working guys that I know. He is the one that has put in the work, and I want to credit him for his awesome accomplishment.

The road has not always been smooth for Darrin. He has had to deal with his share of injuries and other potholes in his journey, but instead of letting them hold him back, he has always done what he has needed to in order to recover from them.

And, instead of letting body size or hand size be something that limits him, he has kept his eye on his goals at all times. With hands just 7.25-inches long, he has done something that many have thought IMPOSSIBLE – lifting the Blob with small hands.

And so, he enters a limited group of people who have accomplished this feat and an even more exclusive group of those who have lifted the Blob with hands under 7.5-inches long.

If you have read it was impossible to do, or if someone along the way said you would never be able to Lift the Blob because you have small hands, let Darrin be the example that changes your mind about that.

And if you want the best tips available in the world for training to lift the Blob, then check out my latest ebook that covers that very subject: Lift the Blob. 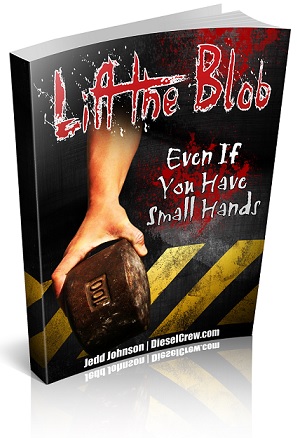 All the best in your Blob Lifting journey!

One Response to “Darrin Shallman Lifts the Blob50”