Nail Bending and Variation of Metals

This week, I got my hands on an audio interview Dennis Rogers and Pat Povilaitis did a few years ago. Dennis and Pat were speaking with the host about feats of strength, which is a huge interest of mine.

When they got to nail bending, Dennis and Pat discussed the surprising variation of 60D nails. Dennis pointed to a time when he bought an entire box of 60 penny nails and as he bent them one by one he found it hard to believe how much they were varying – all from the same box, bought at the very same time.

Dennis credited recycling as a major cause in this variation. Since many different types of steel from countless sources were being melted down to produce more, the result is individual nails inside a box that are all over the charts when it comes to their bending strength.

I thought this was a pretty interesting point, and one that I have never thought about before, but if you really think about it, recycling could be and should be considered when discussing variation of steel.

I have a few examples of steel variation that I have experienced over the years. 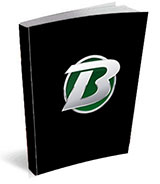 I based this Progression Model on my experience with how difficult each individual nail, bolt, or steel stock felt when I tried to bend it prior to writing the ebook.

There was one point that several readers have pushed back on, in particular the fact that I put the 70D nail as a more difficult piece than an IronMind red nail. I have had many people contend that placing the 70D as harder than the red was a mistake on my part.

However, the fact is that when I wrote my ebook on how to bend nails, I was murdering red nails and couldn’t even kink the only 70D I ever tried (up until that time). Therefore, I figured all 70D’s would be harder than all reds.

Could recycling be the main cause behind why the 70D I tried seemed so much harder than the 70D’s other benders have tried?

Here’s another example of variation in bending stock.

If you’ve bent a few red nails over the last few years, it’s plain to tell that red nails vary as well. I bent reds cut to 6 inches back in 2006 and then in 2008 had trouble with the full length 7 inchers.

Proving that this just wasn’t me getting weaker with age, Eric Milfeld uses a reliable nail calibration set-up in which he can get a very accurate reading of how much weight it takes to bend a length off steel. He has calibrated many red nails throughout the years and the readings have varied.

Speaking of red nails, here’s when I bent my very first one back in August of 2004. You’ll see I started it with the reverse technique and finished double overhand. The wraps were towels and IM wraps, I believe…

Eric Milfeld has even calibrated Grade 5 and Grade 8 bolts for me and gotten different results on separate occasions. All of them came from the same manufacturer, but they were bought about a year apart.

But the fault isn’t John Beatty’s, the owner of Fat Bastard Barbell Company. He isn’t melting the steel mixture or drawing it into its round, square, or hex shape for the FBBC bending stock. He, as the distributor is at the mercy of these unknown X-factors just as much as the bender that buys his products – just like the blacksmith who molds the horse shoe or the Ferrier that attaches them to the Clydesdale.

Should You Be Worried?

The fact is steel varies. It’s a truth we have to live with as benders.

Is that something that we should worry about?

Should we lie awake at night wondering whether we’re getting steel that’s going to bend like a coat hanger or fight you back like an asthma attack?

The answer is no.

Instead we have to work to perfect our technique and get as strong as we possibly can so that when it comes time to take the platform and wrap your steel you are ready for whatever is thrown at you.

Hone your technique. Get as strong as possible.

P.S.  If you want to find out more about the Nail Bending eBook, you can check it out here ===> How to Bend Nails.

P.P.S. If you have noticed any steel variation in YOUR bending experience, or if you have a question, please post a comment below and I will be glad to respond! Thanks.

This entry was posted on Wednesday, October 7th, 2009 at 12:44 am and is filed under feats of strength bending, how to improve grip strength, Uncategorized. You can follow any responses to this entry through the RSS 2.0 feed. Both comments and pings are currently closed.

10 Responses to “Nail Bending and Variation of Metals”